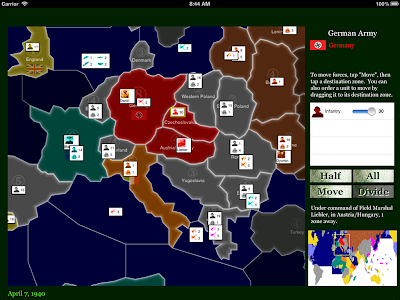 My thought have turned to how you will raise new forces in the game.  In older versions you simply selected what you want to build and that was that.  But what if it took a realistic amount of time to build units?  It took 2 to 3 years to build a Battleship during World War II.  For game purposes, maybe I could speed this up to 1 year.  But imagine the tough choices that emerge when you have to plan that far ahead?  Building major units is no longer a snap decision, but something you'd really agonize over.
Posted by LucidDion at 6:02 AM