It's been roughly 2 weeks steeping myself in Objective C, XCode, and iOS programming, and I've made a respectable amount of progress.  Solar Vengeance for the iPad is coming closer to a reality.  In this week I've ...


A major challenge ahead will be working on the client/server layer to facilitate multiplayer matches.  But I have a head start.  My C# PrismServer is running on a dedicated machine at home, and I think I can write an Objective C PrismClient class to communicate with it.

I leave you now with a happy accident as I was testing out some tiled graphics to represent nebula.  I had accidentally rendered the tiles twice as large as they needed to be for the nebula, but when I saw the result, I liked how the nebula now kind of looks concentrated and brighter where it is thickest, thanks to the translucent tiles blending on top of each other. 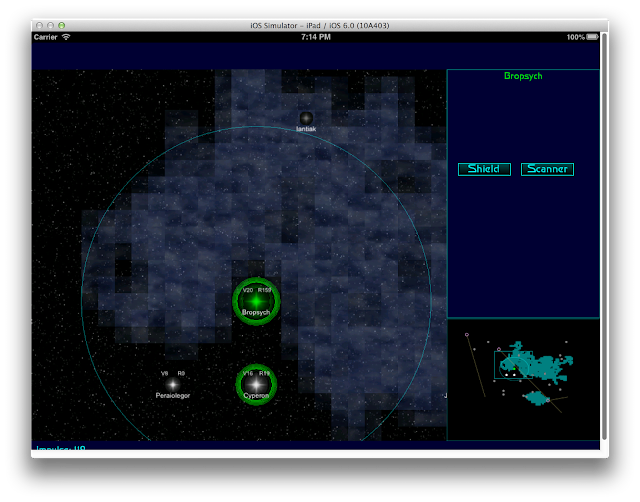 Just a screen shot of some work in progress ... 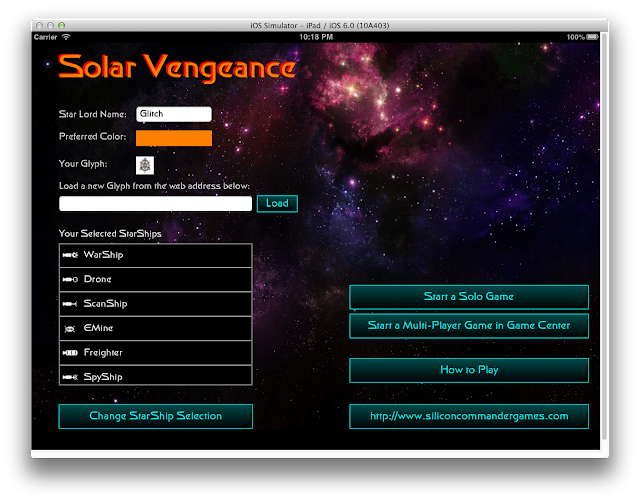